AN INVOCATION OF SPIRIT EAGLE FOR THE US CONGRESS 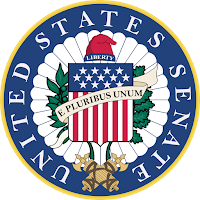 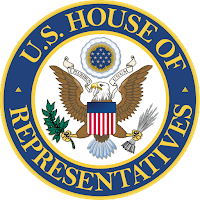 Archangelic Eagle, Folk Spirit
of The United States of America,
Always sounding the national motto
E Pluribus Unum, “From the Many, One.”
Your head shines like peaks of mountains
and the crown of creation.
Your wings embrace the whole nation
from East to West, North to South.
You envision the enriching passions
of the Thirteen Founding Star-States
As the first nucleus of liberty and justice,
the spiritual core of the nation.

Spirit Eagle, spread your holy wings
over the two chambers of the elected:
Curve your two wings of spirit
over the Senate and over the House
Inspiring the powers of ethical clarity
within the hearts of all Members,
Awakening clear sight, clean speech,
cooperation and compassion in them.
Govern and balance our representatives
between the arrows and olive branch,
Destroying and nurturing, fighting
and harmonizing, making war and peace.

Oh, Great Eagle upon your heart
you bear the tri-colored Shield
Announcing merciful visions,
rigorous activity and equalizing justice!
Shelter the least powerful from
the depredation of the mighty among us!
Protect the People with wise laws
infusing the whole with your Folk Spirit,
Forging from many cultural metals
one great and glorious Shield for the soul,
Allowing self-expression,
journeys to happiness,
and freedom from all hate.

Posted by Spondalux at 4:01 PM

Spondalux
I have been studying, practicing and thinking about magic and Western occult topics since 1977 when I used to escape to the woods and draw down the Moon.